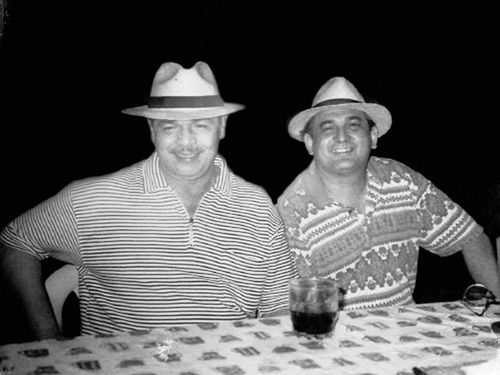 A dozen or so years ago, a mestizo came to Boracay to open a rustic restaurant in a corner of what locals on the island refer to as Station One. That mestizo, Jose Carlos Remedios – Binggoy to those who know him – along with Jose Ramon Nieto, the other mestizo in Dos Mestizos, the name chosen by the two partners for the restaurant they opened, started cooking in his little corner of Boracay food that, in no time, caught the attention of gourmands, food and restaurant reviewers from Manila and beyond and generally, people with an appreciation for good food cooked with meticulous care, with only the best ingredients and condiments used to ensure quality of taste.

The food that you will savor here in Dos Mestizos is food that Remedios grew up with, that is, culinary fare reminiscent of times when days were more leisurely and less harried, when señoras from old Filipino-Castilian homes and their kusineras would spend time in kitchens, concocting dishes from recipes that would become veritable family heirlooms passed on from one generation to the next.

Among mestizo circles in Davao and Cebu – places where this restaurant’s chef-patron grew up in – the Remedioses were known for their particularity, in terms of taste and preparation, with the food they dined on. These would basically be familiar staples found on dining tables of Filipino families of Castilian origin such as bacalao, albondigas, callos, salpicao de vaca, tortilla de patata, paellas, and the like. 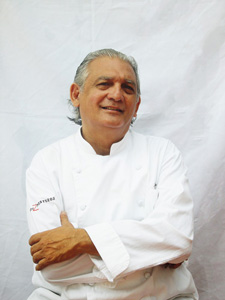 All those, and more, are reincarnated in authentic Castilian fashion on the Dos Mestizos menu. A hearty sampling of the tapas along with a variety of choice entrees from the menu can be had in the famed Dos Mestizos tapas night on Saturdays which have become THE culinary highlight during any given week on Boracay. Of late, Dos Mestizos’ reputation as a purveyor of quality gastronomy has been given added boost with Remedios’ newly-opened delicatessen, Gusto y Gustos, which is now fast becoming a favorite of both expats and locals alike on the island who come around for stuffed gourmet deli sandwiches using freshly-baked house-made breads crammed full with juicy roast beef, smoked ham or turkey and other deli meats, Cubano and smokehouse grillers and European cheeses garnished with the best available condiments and dressing, with heirloom Toscana tomato and such greens as arugula plucked from Remedios’ own organic farm on mainland Aklan.

Remedios’ business partner, the other mestizo, Ramon Nieto has since passed on, but Remedios remains on the island, with Dos Mestizos’ reputation for good food that does not scrimp on the best ingredients well known far and wide, in and even beyond Boracay.

Dos Mestizos has, indeed, gone a long way, from its rustic beginnings to the landmark culinary establishment that it has become – and its contribution to Boracay’s transformation into a veritable dining destination in this part of the country, is without dispute.